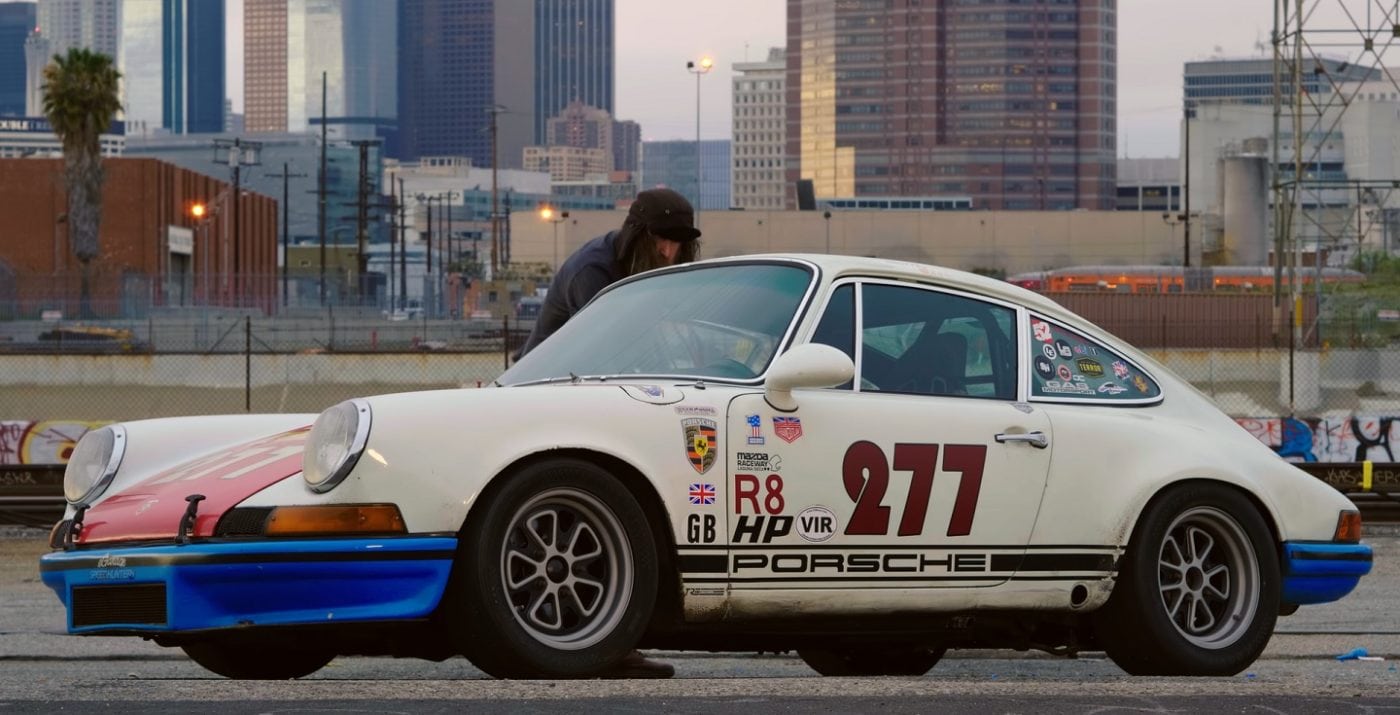 Who Is Magnus Walker?

Magnus Walker, a fashion designer, style icon, and vehicle aficionado, is the owner of one of the most astounding Porsche collections in the world, which is kept in a former factory in Los Angeles.
In his autobiography, Urban Outlaw, he describes his journey from the working-class British city of Sheffield to flashy southern California.

The same idea that has guided his entire life is evident throughout the book: time is of the essence!
Walker’s tale also teaches readers how to maintain their enjoyment of driving in today’s congested world.

How Did Magnus Walker Fall In Love With Porsche?

The following is the first rule of Urban Outlaw: “Drive every day like a race—if necessary, against yourself. “Walker’s voice softens as he describes his first meeting with a Porsche 911 while speaking, his British accent infused with West Coast slang.

He went to a car show in London with his Dad around 1977 and caught the Porsche bug in a red and white striped 911.

He says “I immediately recognized it as my ideal vehicle.”

He became obsessed with racing while watching television, cheering for James Hunt and other illustrious British race car drivers while watching Formula One races with his father.

According to him, “I felt that it had to do with freedom and individual expression.”

Driving, however, in Sheffield?

Not worth the trouble.

In Los Angeles, Walker didn’t obtain his driver’s license until he was twenty-one.

Four years later, for $7,500, he purchased his first Porsche 911, an action he still considers to be a “enormous personal success. “It’s alluring to look for the solution to Walker’s unusual early existence in the drab hues of Sheffield.

He left school in 1982, travelled to the United States for a summer work, and decided to stay in California because he was determined to achieve his goals.

It was inconceivable to consider going back to England, it would have been a failure.

He started out by selling his own punk clothing at Venice Beach before joining up with his wife, Karen, to start a real estate company.

The second rule of Urban Outlaw is to “Just do it if it feels good.” That adage serves as the fuel for Walker’s passion as a collector.

How Many Porsche’s Does Magnus Walker Own

His initial 911 was joined over time by dozens more, making a current total of about forty, he estimates.

The majority of them were discovered in terrible shape, suitable for the junkyard.

He transformed them into amazing one-of-a-kind things with his signature blend of whimsy and unwavering elegance.

Each of them represented an effort to realize his childhood fantasy of owning the ideal sports automobile.

By the way, these cars are not painted dolls.

Scratches and scars in the paint are acceptable to their owner.

He argues that “cars need to be driven,” and that can leave a mark or two.

Walker’s love of collecting is a manifestation of both his curiosity and his desire to learn.

When he has a 911 from every stage of development, he claims, “I can only grasp the complete evolution of the 911.”

He rarely resells them because of this.

The businessman and renowned Porsche collector Bob Ingram paid more than $300,000 for one 911 STR II that was featured on the cover of Road & Track.

Do commerce only with those who share your passion, according to the third rule of Urban Outlaw. After all these years, he now occasionally stops and pulls his foot off the throttle pedal more frequently.

The words that come out of his mouth, “time of reflection,” appear weird, yet they have a serious undertone.

So, What Does Magnus Walker Actually Do These Days?

He lost his wife two years ago.

He began looking for new life goals as a result.

Above all else, he is aware of what he does not desire—a vacation home, golf games, wine seminars—none of the typical pursuits of wealthy men his age have any allure for him.

I never played by the rules, not even as a kid he says.”

And I remain unchanged.

The guiding principle of Urban Outlaw is that “everything is feasible if you don’t bother with convention.”

He now makes fewer appearances at his business or garage and just occasionally communicates with his staff.

“I don’t want to launch a new company.

Instead, he says, “I want to have fresh, wholly new experiences.

He stayed in the Dominican Republic for the summer.

“You have to battle for every inch of the road because you never know what’s around the next bend.”
Nevertheless, he occasionally used the car’s incredible acceleration capabilities, which brought him moments of unbridled ecstasy.

He could still feel the vibration of the road in every cell of his body as he was drinking a beer and hanging out with pals under a freeway bridge.

He is motivated by those experiences, which is why he wants to keep driving and
traveling.

“Where to go next is the most fascinating question of all.”

In a 911 on the Panamericana, the solution is already known to Magnus Walker. 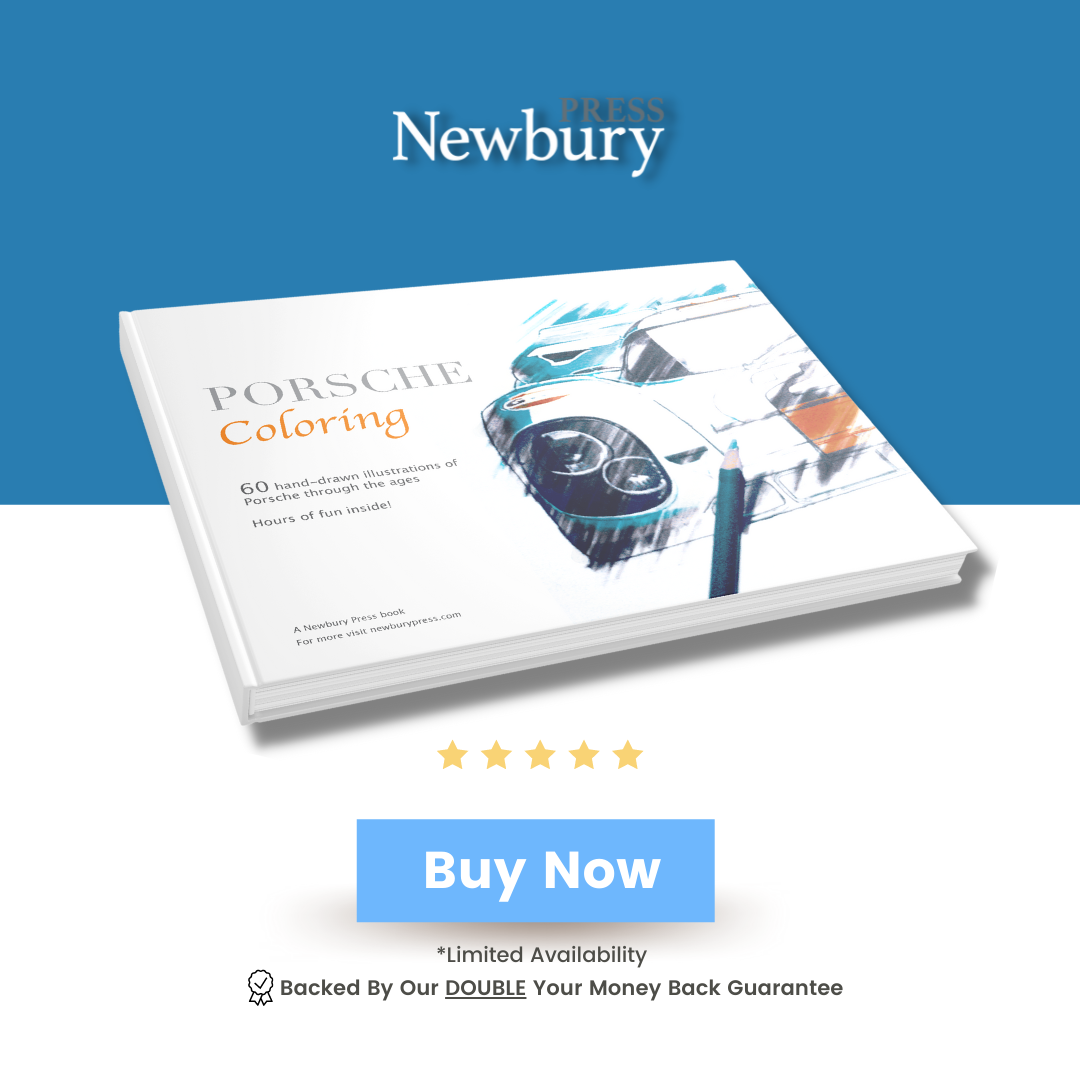