If you're anything like me, the words "Porsche" and "Le Mans" conjure up images of the 917's outrageous appearance and ferocious  sound.

The vehicle that helped Porsche earn its first ever overall victory at Le Mans, launching them on their path to becoming the most successful team to ever compete at the storied French racetrack. Although the 917 didn't exactly start off well, like many first-time success tales (well it kind of did, thanks to the lack of aero...).

Since the one-off prototype cars of the time were becoming far too fast and dangerous, the governing body of sports racing decreed in 1968 that the sports prototype cars should have engines no larger than 3 liters.

However, they also stated that if a manufacturer could build 25 road-going versions of the car, then the engine limit would be raised to 5 liters.

Ferdinand Piëch, who led Porsche's motorsport division at the time, was known as a passionate individual who was completely fixated on winning the overall Le Mans event.

As a result, he decided to accept the challenge of developing 25 of their new race cars to compete in the premier class of Le Mans.

This was the catalyst for the creation of the 917, a car that was an absolute monster and was powered by a 5 liter flat-12 engine. As is customary for Porsche, the automobile was built with painstaking attention to detail and was jam-packed with innovations to give them an advantage over the competition.

Innovations included a space frame chassis that only weighed 42KG overall and was constructed from numerous small tubes to capitalize on the strength of a triangle.

Each tube diameter was chosen based on a strength calculation, therefore they were only as large as they needed to be with very little strength margin.

As a result, each chassis could normally only be used for one race because they weren't built to endure longer.

The tubes were pressurized with nitrogen and then monitored throughout the race so that if the pressure dropped they knew that cracks were forming and could stop the car before more damage was done. This was done because the design of the chassis made it susceptible to cracking, which would then result in a catastrophic end.

Even some of the chassis tubes were utilized as oil tanks during the first year of the automobile, but this practice was eventually discontinued as drivers began to complain about the intense heat in the cockpit.

Porsche's advanced weight-saving techniques resulted in a car that weighed approximately 800 kg. You can see how much of a rocket ship this car was, especially in 1969, when you combine this with the 621 break horsepower to give nearly 750 BHP per tonne.

When Porsche began working on the automobile, they weren't the well-known car industry titans that you are familiar with today; instead, they were a tiny, cash-starved firm, and the race team was much smaller. Ferry Porsche was undoubtedly unhappy when Piëch decided to commit so many resources to trying to win at Le Mans. It is said that there were numerous arguments over money and resources over the years, and it even got to the point where Piëch personally guaranteed the 917's development costs in order to avoid putting the company at undue risk.

Since the Le Mans event was only a few months away, getting the 25 cars inspected and homologated was no doubt another burden Piëch placed on the business. Therefore, everyone in the business was asked to pitch in. Office interns, accountants, and others were all dragged into the assembly line to assist in getting the automobiles ready.

They barely beat the deadline but were still able to have the cars approved by the motorsport inspectors, allowing them to compete at Le Mans in 1969.

Despite the Porsche 917s' incredible raw power, the race, which featured 3 of them, ended in failure.

A change in the rules for the following years prevented the customary "Le Mans start," in which drivers had to rush across the track to their cars as the race got underway, and one by one all other 917s failed.

John Woolfe, driving a privately entered 917, died in the first lap crash. The final vehicle broke down in the 22nd hour while leading by six laps, demonstrating the vehicle's potential (One of the cars was actually recorded going in insane 238MPH on the Mulsanne straight).

Dickie Atwood, the driver, did admit that the automobile was a "beast" to drive and that he was relieved when it broke down. At high speeds, the car's rear would occasionally lift off the ground, and drivers occasionally reported being able to see the sky in the rearview mirror—not exactly what you want when traveling at 200+ mph. If they were to succeed  the following year, they most surely needed more development on the vehicle.

Prior to the 1970 race, Porsche negotiated an agreement with John Wyer, previously of GT40 renown, to assist them in the development of the car.

John Horsman, the chief engineer, noticed a lot of dead bugs scattered across the front of the car but not at the tail during testing at the Austrian Österreichring circuit.

This indicated that the airflow wasn't reaching the back of the car, which is why the previous issue's car had such severe instability and cornering problems.

After retrofitting a new tail made of aluminum sheets glued together to the vehicle, they immediately noticed a significant improvement and realized this was the direction the car should go in. This was the beginning of the 917K. (Kurzheck, or "short tail").

After the instability was resolved, Porsche entered 7 917s in the 1970 Le Mans race, including seven new 917Ks produced by John Wyers Gulf Team and some new 917Ls, an improved version of the longtail race cars that the Martini racing team had successfully driven the year before.

Despite being eliminated one by one by torrential weather, they finished the race in first and second place, delivering Porsche its first Le Mans victory.

Hans Herrmann and Richard "Dickie" Attwood, who had previously driven the fastest 917 the year before, steered the winning 917K.

Because of the car's overwhelming performance, it also took first and second place the next year, shattering both the speed and distance records in the process.

Around 20 years would pass before the speed record was broken, and 2010 would see the breaking of the distance record.

The fastest qualifying and race lap marks that year were again broken by 917s.

The 917's participation in the Le Mans race would end in 1971 when the regulations were altered to cap engine displacement at 3 liters.

To ensure that you get one of these rarely available beauties, now would be a good time to order. 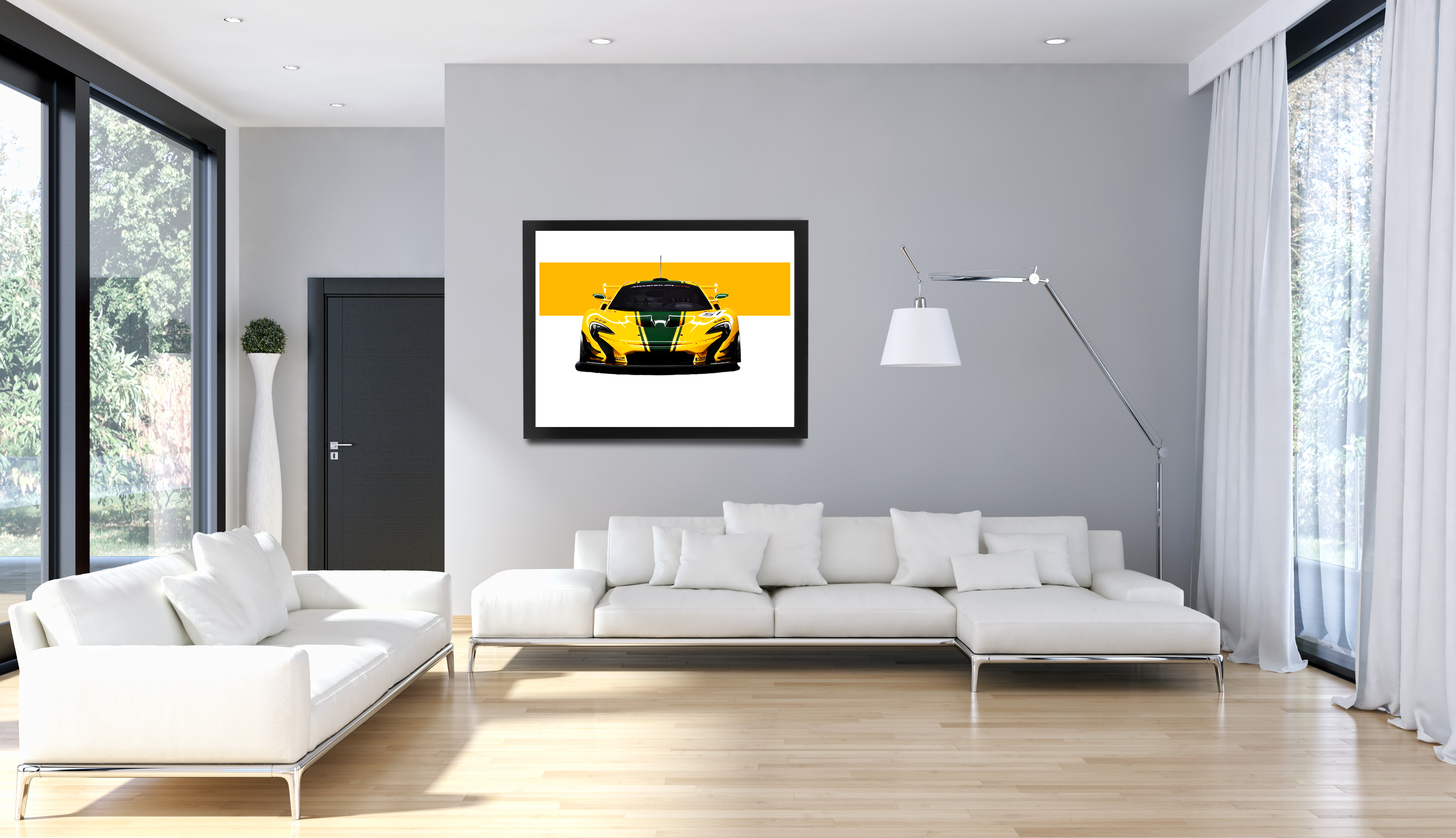 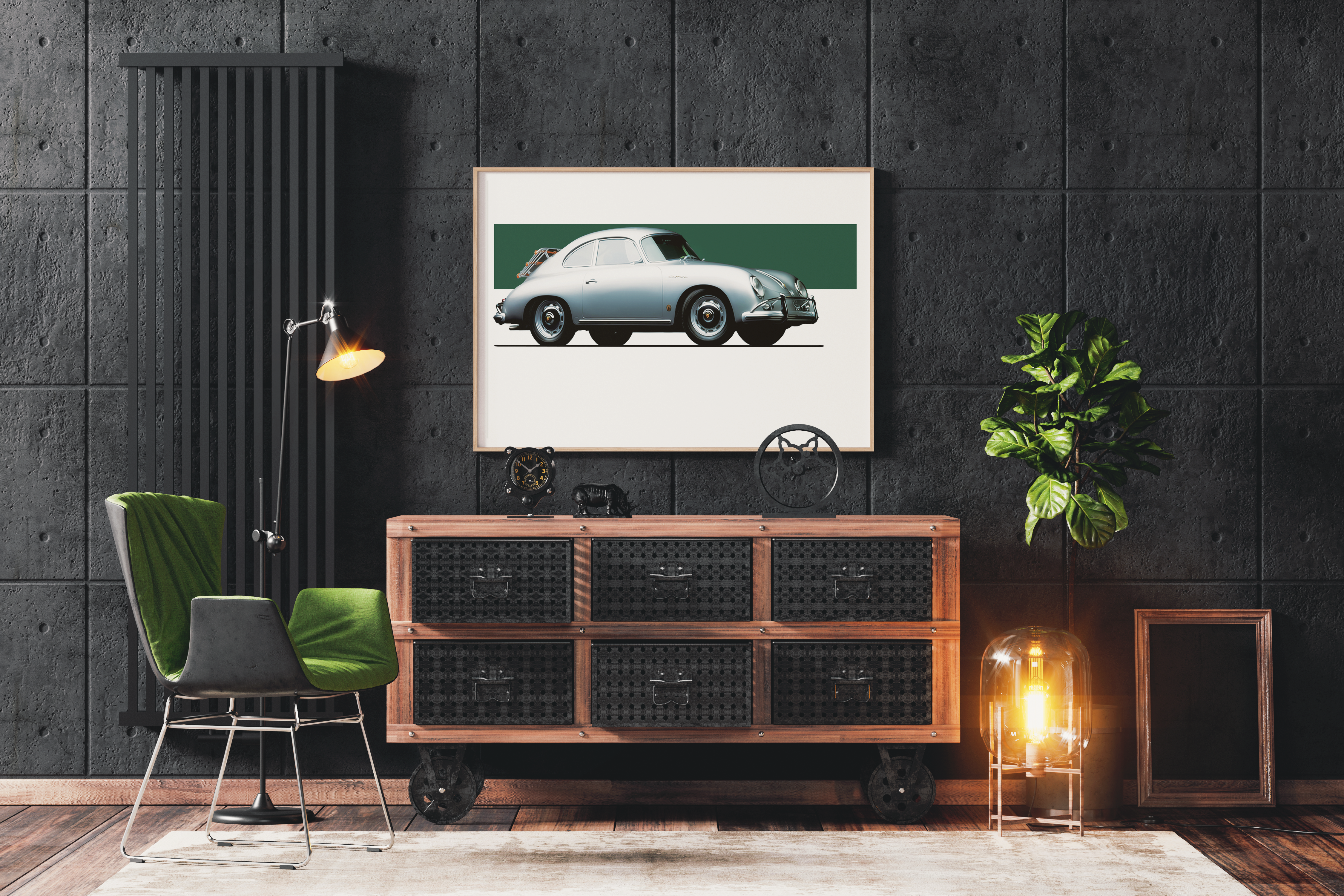 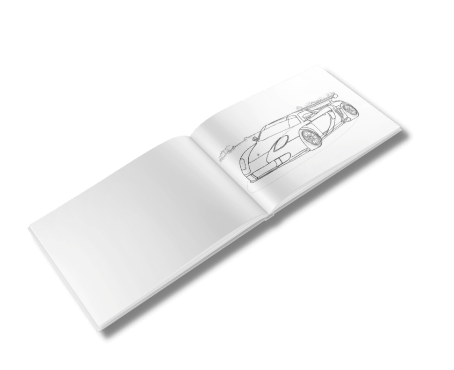